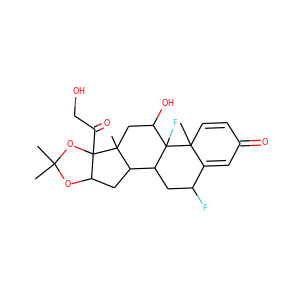 FLUOCINOLONE ACETONIDE (67-73-2)
Capex  ·  Synalar  ·  Jellin
Fluocinolone acetonide is a corticosteroid primarily used in dermatology to reduce skin inflammation and relieve itching. It is a synthetic hydrocortisone derivative. The fluorine substitution at position 9 in the steroid nucleus greatly enhances its activity. 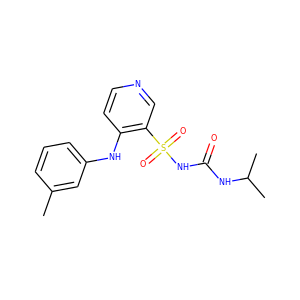 Torasemide (56211-40-6)
Torasemide or torsemide is a pyridine-sulfonyl urea type loop diuretic mainly used in the management of edema associated with congestive heart failure. It is also used at low doses for the management of hypertension. It is marketed under the brand names Demadex, Diuver, and Examide. 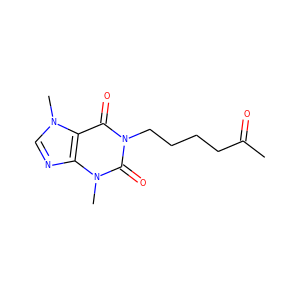 pentoxifylline (6493-05-6)
Trental  ·  Torental  ·  Pentoxil
Pentoxifylline, also known as oxpentifylline, is a xanthine derivative used as a drug to treat muscle pain in people with peripheral artery disease. It is generic and sold under many brand names worldwide. 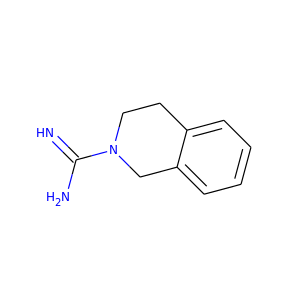 Debrisoquine (1131-64-2)
Debrisoquin  ·  Tendor
Debrisoquine is a derivative of guanidine. It is an antihypertensive drug similar to guanethidine. Debrisoquine is frequently used for phenotyping the CYP2D6 enzyme, a drug metabolizing enzyme. 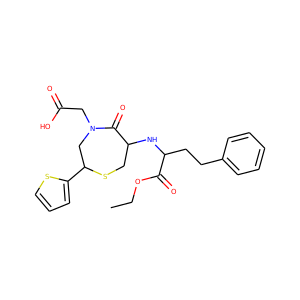 Temocapril (111902-57-9)
Temocapril (also known as temocaprilum [Latin]; brand name Acecol) is an ACE inhibitor. It was not approved for use in the US. 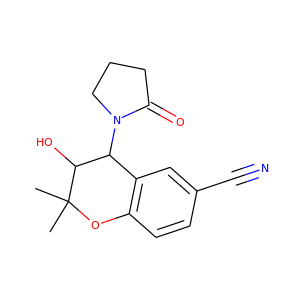 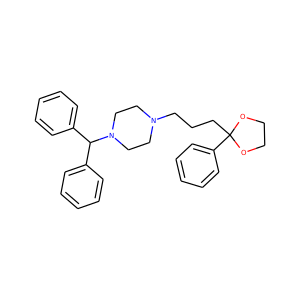 DOTARIZINE (84625-59-2)
Dotarizine is a drug used in the treatment of migraine, which acts as a calcium channel blocker, and also as an antagonist at the 5HT2A receptor, and to a lesser extent at the 5HT1A and 5HT2C receptors. The anti-migraine action is thought to be due to its action as a vasodilator, but it also has some anxiolytic effects and blocks amnesia produced by electroconvulsive shock in animals.
Related searches
trc-canada.com
Cardiovascular system drug