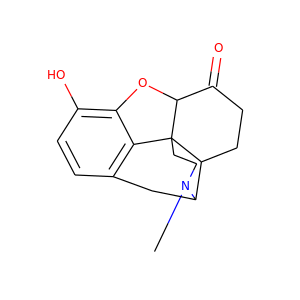 hydromorphone (466-99-9, 71-68-1)
Dilaudid  ·  Dihydromorphinone  ·  Hydromorphone Hydrochloride
Hydromorphone, also known as dihydromorphinone, and sold under the brand name Dilaudid, among others, is a centrally acting pain medication of the opioid class. It is made from morphine. Comparatively, hydromorphone is to morphine as hydrocodone is to codeine – it is a hydrogenated ketone thereof. 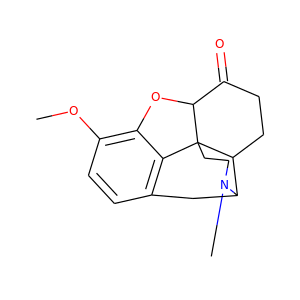 HYDROCODONE (125-29-1)
Hydrocodone Bitartrate  ·  Dihydrocodeinone  ·  Hycodan
Hydrocodone, also known as dihydrocodeinone, is a semi-synthetic opioid synthesized from codeine, one of the opioid alkaloids found in the opium poppy. It is a narcotic analgesic used orally for relief of moderate to severe pain, but also commonly taken in liquid form as an antitussive/cough suppressant. Hydrocodone is prescribed predominantly within the United States, with the International Narcotics Control Board reporting that 99% of the worldwide supply in 2007 was consumed in the United States. 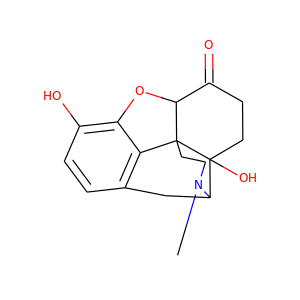 oxymorphone (76-41-5)
Numorphan  ·  Opana  ·  Oxymorphone Hydrochloride
Oxymorphone, sold under the brand names Numorphan among others, is a powerful semi-synthetic opioid analgesic (painkiller) developed in Germany in 1914. Pain relief after injection begins after about 5–10 minutes and 15–30 minutes after rectal administration, and lasts about 3–4 hours for immediate-release tablets and 12 hours for extended-release tablets. It is highly addictive and in June 2017 the FDA asked the manufacturer to remove its product from the US market. 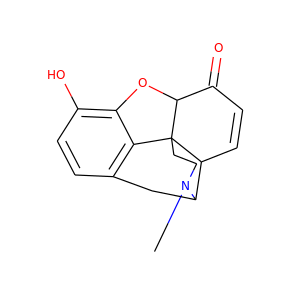 Morphinone (467-02-7)
Morphinone is itself not a very potent opioid but it is the intermediate when morphine is being converted to hydromorphone (trade name Dilaudid) which is 4-6 times as potent as morphine. 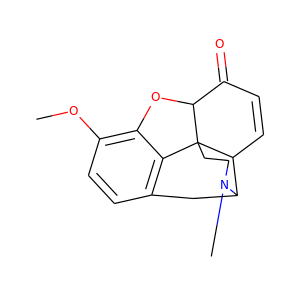 Codeinone (467-13-0)
6-codeinone  ·  6-codeinone, 2-t-labeled, (5alpha)-isomer
Codeinone is 1/3 as active as codeine as an analgesic but it is an important intermediate in the production of hydrocodone, a painkiller about 3/4 the potency of morphine; as well as of oxycodone. The latter can also be synthesized from thebaine, however.