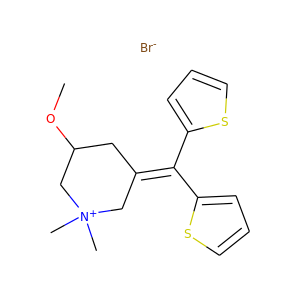 Antiepilepsirine (23434-86-8, 82857-82-7)
Ilepcimide, also known as antiepilepserine, is a anticonvulsant. It is a piperidine derivative that was first synthesized by Chinese researchers as an analogue of piperine, the main alkaloid and phytochemical of black pepper (and of other plants in the Piperaceae family). Ilepcimide has serotonergic activity. 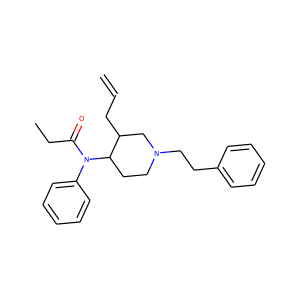 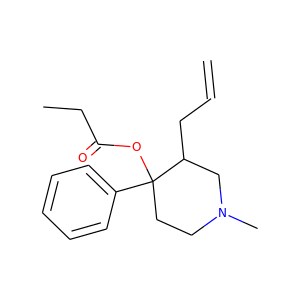 Allylprodine (25384-17-2)
Allylprodine is an opioid analgesic that is an analog of prodine. It was discovered by Hoffman-La Roche in 1957 during research into the related drug pethidine. Derivatives were tested to prove the theory that phenolic & non-phenolic opioids bind at different sites of the opiate receptor. 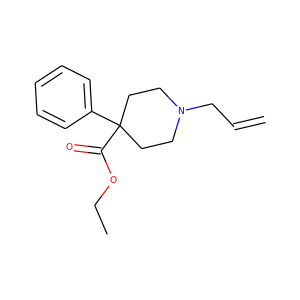 1-Allyl-4-phenylisonipecotic acid ethyl ester (2372-70-5)
Allylnorpethidine (WIN-7681) is a 4-phenylpiperidine derivative that is related to the opioid analgesic drug pethidine (meperidine). Allylnorpethidine is an analogue of pethidine where the N-methyl group has been replaced by allyl. In many other opioid derivatives, placing an allyl substituent on the nitrogen instead of a methyl will reverse the normal opioid effects, to produce μ-opioid antagonists which among other things reverse the respiratory depression caused by opioid agonists such as morphine.
Related searches
Piperidines
Alkenes